Narratives and Our Ways of Knowing Part I: Plato’s Dialogues

Narratives and Our Ways of Knowing Part I: Plato’s Dialogues

The question of knowledge is a very old problem, going back to the ancients. What we can know about the world, and how we know it, is a huge puzzle. Now, we all love to tell stories, to tell people about things that have happened to us—or even stuff that happened to others, if it makes for a good tale. More than that, story-telling seems to be hardwired in us. We have a deep need to construct narratives to make sense out of the world and our lives. So not only do we try to convey what we think we know through our stories, but those stories also reflect the issues and problems regarding our ways of knowing.

I’m going to write a series of posts concerning the history of story-telling and our problems concerning the ways of knowing. I’ll move from Plato to Medieval Christianity, then to Descartes and the Enlightenment, Nietzsche, then modernism and classic film noir, and finally postmodernism. I only intend to provide a sketch of these issues, so what I’ll say is greatly simplified.

Neo: “Why do my eyes hurt?”
Morpheus: “Because you’ve never used them before.”

The Homeric epics are one of the greatest story traditions in the West. The ancient Greeks largely took their mythology, their understanding of the gods, from those stories, so it was those tales that helped them make sense of the world. Rains flooded my crops and they died, but why? Zeus was obviously angry with me. But these were fallible, humanlike gods, so what happened in the world was subject to their whims. This constituted a real constraint on our ways of knowing, which were limited to guessing the humor of the gods. 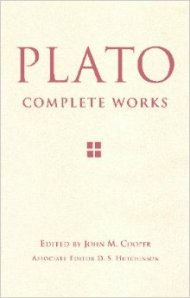 Now, Plato also wrote stories, dialogues, the main character of which was usually Socrates. It’s intriguing that Plato decided to communicate his philosophy through narrative. Most other traditional philosophers lay out their claims in straightforward arguments (“Here’s what I think: X and Y, therefore Z”). Plato communicated his insights through fictional conversations.

One of the big questions that concerned Plato was the question of knowledge, and particularly our ability to have necessary knowledge, to know things absolutely, as in mathematics (though he thought that necessary knowledge extended much further). Every time you put two apples and two more apples together, you’re always going to get four apples. That’s obvious, but how we know that to be true, explaining that kind of knowledge, is a real problem. Experience tells us that things are a particular way, but not that they have to be that way.

Let me explain. Plato realized that things in the world around us, physical objects, are changing all the time. Physical things come into existence, last for a while, then are destroyed (however long that process takes). And if necessary knowledge like 2 + 2 =4 is timeless knowledge, eternal, perfect, and unchanging, then it can’t be about anything that changes; it can’t be about anything in the physical world. That is, since those apples only last for a short while, this mathematical truth isn’t really about them. It must be about something else.

So, to explain the possibility of having timeless knowledge, Plato claimed that that knowledge must be about something non-physical, something that stands outside all change. Since those apples don’t last long, when we’re adding two and two to get four, we really must be talking about something else. What we’re really talking about are abstract, non-physical (but real!) entities that he called “The Forms.” They’re timeless, immaterial, perfect and unchanging objects.

So the theory that Plato devised, and that was highly influential for a long time, was that we’re rational beings, and because of that we can use our minds to tap into timeless realities and have necessary knowledge about them.

This is what’s going on in his famous allegory of the cave. Most of us poor, dumb slobs are sitting at the bottom of the cave, staring at shadows, believing them to be real. But one of our fellow prisoners is able to make an intellectual journey outside the cave to grasp what is actually real. This is a metaphor for the intellectual journey the philosopher makes to grasping the non-physical forms. He is the enlightened one, the one who obtains real knowledge.

In The Matrix, Neo’s voyage out of the matrix is (in part) the philosopher’s journey out of the cave. Although, as I argue in an essay (in Steven Sanders’ The Philosophy of Science Fiction Films), the Wachowski brothers changed the meaning of the story in important ways.

In sum, Plato had seen the power of story-telling, particularly in the form of the Homeric epics. Those narratives provided a whole mythology by which people understood themselves and their world. They constituted a powerful tale. But Plato found them insufficient. There was much they didn’t explain, and according to them the world and our understanding of the world was subject to the irrationality of the fickle gods. He wanted a rock-solid foundation for our knowledge; he believed we could know things absolutely and necessarily about reality, and so he constructed a theory to explain how that’s possible. And he expressed that theory through his narratives, his stories: the Platonic Dialogues.

Looking ahead, there’s a link between Plato and Christianity. As Nietzsche quips, “Christianity is Platonism for ‘the people’.” In the next post, I’ll talk about one of the next great narratives in Western history: that of Medieval Christianity.

As a side note, many mathematicians are Platonists with regard to the reality of numbers. See this recent New York Times piece: http://www.nytimes.com/2014/02/16/opinion/sunday/is-the-universe-a-simulation.html?_r=0.

2 thoughts on “Narratives and Our Ways of Knowing Part I: Plato’s Dialogues”